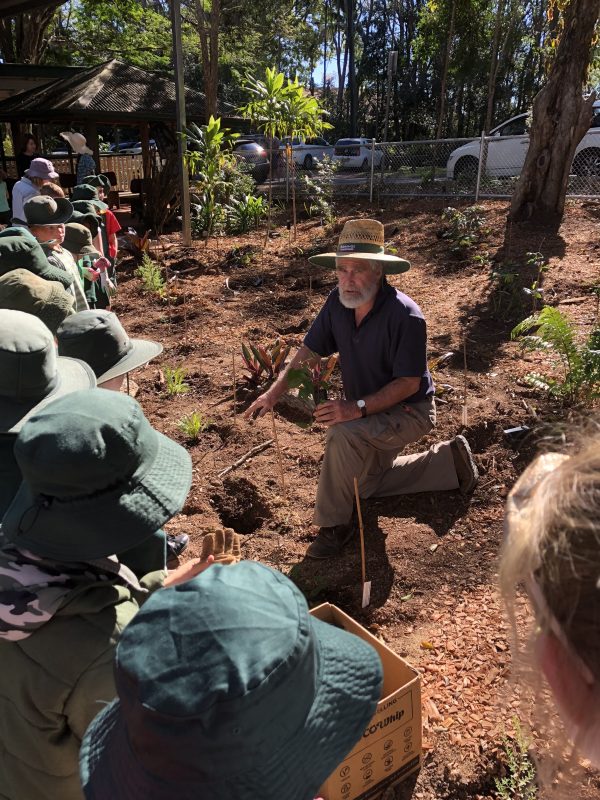 In the June 2019 Queen’s Birthday Honours List, Eric Anderson of Flaxton was awarded a Member of the Order of Australia for significant service to conservation and the environment.

Eric served Birdlife Southern Qld over a period from 2006 through to present as convenor, deputy Convenor, committee member and delegate on Glossy Black Cockatoo conservancy. In this time, he organised conferences. He organised and participated in bird surveys in far western Qld on the edge of the Simpson Desert at Mulligan River Nature Refuge and Bush Heritage Australia’s Ethabuka Reserve, with all data being submitted to the Birdlife Australia.

He has been an active member of Native Plants Society working to found branches in Mackay and Rockhampton since 1978.

He has contributed thousands of specimens to the Queensland Herbarium documenting distribution of many species in our landscape.

He served Landcare in the Blackall Range at Barung Landcare on the committee and as president from 2008 through to 2014. He is now a life member.

In the Montville Village Association, he has been a committee member since 2015. He has been a founding member of the Bushcare group in Russell Family Park, working weekly since 2008 to re-establish the Rainforest that originally clothed this ground.

CSIRO published his book on the Plants of Central Queensland in 2016 introducing over 500 species documented and photographed by Eric as he travelled Queensland to oversee his scientists in the Dept of Primary Industries.

We are extremely lucky to have Eric as a member of the Montville Village Association Executive Committee. He and his wife Diana O’Connor are also volunteer stalwarts.

Behind every person there is an interesting story. That’s one of the things I love about living on the Range!