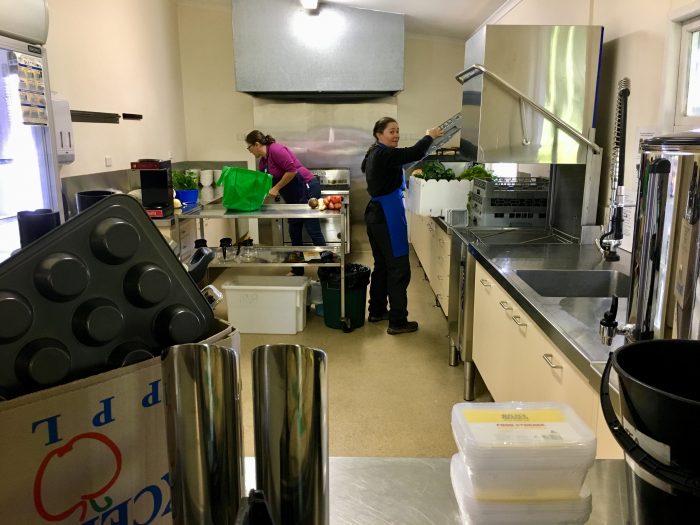 On Saturday 22 June, the MVA hosted the Landscape Band who presented the audience with a wonderful musical evening.

The day really started with Jeff meeting Bernard from Crystal Waters Bakery before 7am to collect delicious freshly baked loaves, followed by Deb and Frith making soups in the kitchen and John and Phil and other volunteers hanging bunting and setting up chairs and tables and the bar.  Members of the community baked more soup, cupcakes and cakes for the event and dropped them off throughout the day.

Before that though, Alison was taxed with pulling together a schedule of volunteers for the evening. And earlier again, in the mists of time past, a posse from the hall met several times with the original organisers from Kureelpa and Dulong Hall and Derek Foster, band leader, to ensure the event could go ahead.

Montville’s event was the second in a line of six halls to be involved. It was an interesting evening of original music, images and poetry. The MC, Ian Mackay, a renowned local environmentalist and poet, started the evening with a terrific sense of camaraderie, with such warmth and inclusiveness. He really knows about our lovely landscape and environment, and his poems were spoken with such gusto and received with a warm emotional response.

The band is made up of a group of musicians who have come together specifically for this project – to celebrate the diverse landscape of the Sunshine Coast and its hinterland. The band members, alongside Derek Foster, are Noel Gardner, John Wright, Tom Nealson, Steve Lake, and Adrien Powell, playing a range of instruments from an electric fiddle to a mandolin to an accordion and of course the guitars and drums usual in a band. This is a highly accomplished group of musos who played beautifully and with great enthusiasm. And they were well supported by their sound operator, Michael Whiticker and a great support act, The Melinda J Wells Duo, who played original music written by Melinda.

The backdrop to this was fabulous hearty and wholesome soups and bread, washed down with wine or beer or soft drink. And lots of laughter and chat. It was lovely to hear the old hall buzzing with friendship and throbbing with music.

The volunteers too could be heard laughing as they served soup, cleaned, made tea and sliced cake. For what is a table if there is no cake!

And on such a cold night, three cheers to the MVA’s La President who had the foresight to buy a fire pit which was manned by stalwart volunteers and thoroughly enjoyed by all!

The band is performing again at Mooloola, Landsborough, Yandina and Gheerulla over the following months so if you didn’t get to this show, you can still see them in action. https://www.facebook.com/Landscape-Band-300211327396870/ 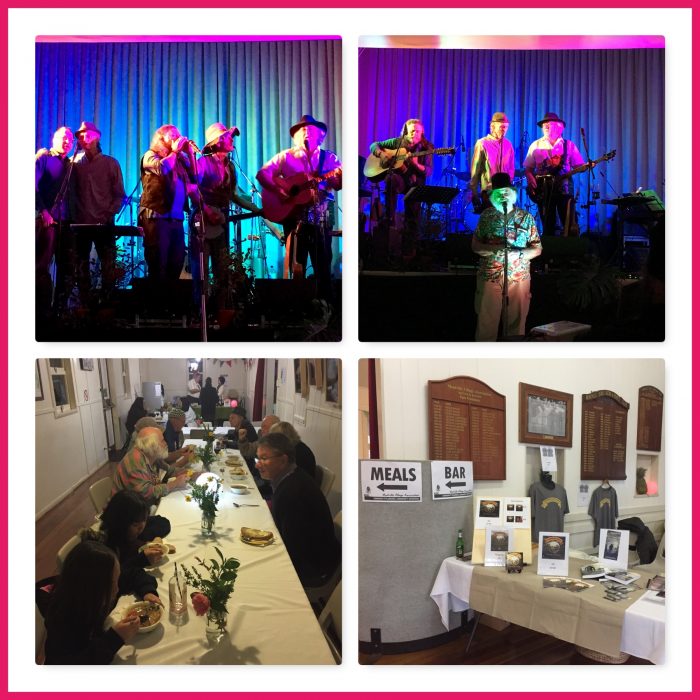