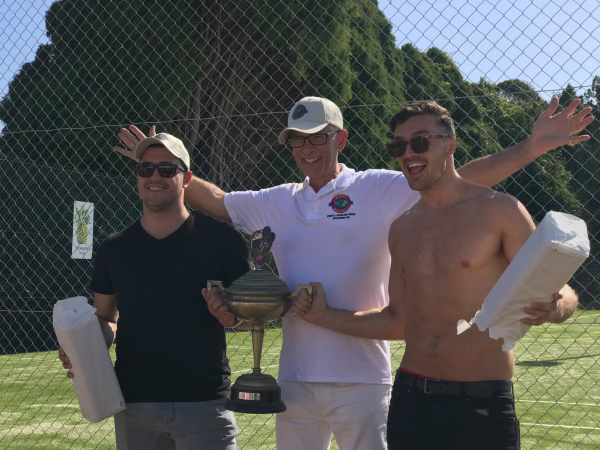 On Sunday 29 September Montville Tennis Club hosted the inaugural President’s Cup competition. The club’s members made food and decorated the marquee and awaited the first arrivals – who did not disappoint!

Four fabulous drag queens from Sydney sashayed onto the courts and indeed held court. Verushka Darling was the MC for the day and in true drag style kept us all laughing with her double entendres, all relevant of course to tennis, darling!

Wayne Parcell, our club president, ensured that the crowd of about 100 had plenty to drink – topless waiters kept glasses full of bubbles and there was a surfeit of victuals.

The newly laid courts dazzled everyone with their beauty and all wanted to play. Even the topless waiters threw down the gauntlet and shimmied out of their trousers to add a little something extra to the game.

And there were winners – Maxim and Baz won the cup. But fear not, there will be a chance to win it back to Montville next year.

It was great fun to watch people so enthralled and proof that tennis continues to be a sport that people not only enjoy playing but love to watch.

Wayne tells me that over $5,000 was raised. This will go towards the new club house which a birdie tells me the club hopes to have in place by June next year!

There will be more fundraisers in the village over the course of the next 9 months and if Sunday’s event is anything to go by, you can expect fun times all round. Game Set and Match! 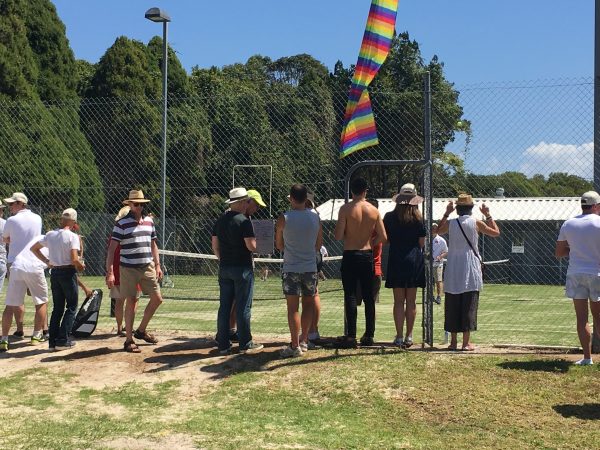 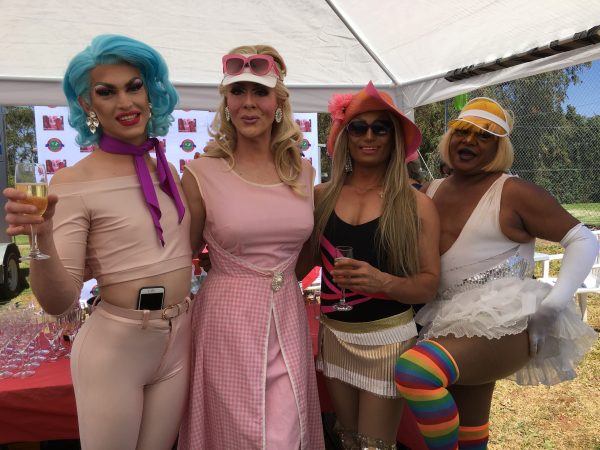