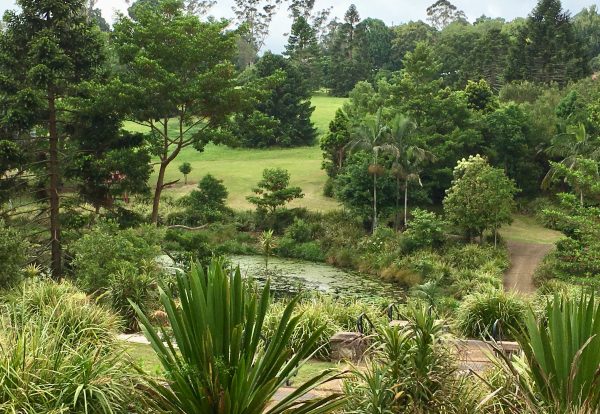 I felt it would be interesting to learn something about the history of the Russell Family Park and both Eric Anderson and Cate Patterson contributed to this.  This is such a brilliant space – and while I wondered why it is not used very much, I found out it has had a lot of use over the years.  Perhaps it’s time to traipse those emerald undulations once again?

In 1893 Henry Smith took up land originally selected but never occupied by William McClintock. These 154 acres of Portion 70 V included the area that was to become the village of Montville.

The lagoon on what is now known as Russell Family Park was used by travellers to water their teams and horses. At one time it was used by a travelling circus and locals were treated to the sight of elephants being taken down to the water.

This source of permanent water allowed Indigenous women to camp beside the lagoon with their small children during Bunya festivals. There were fierce ants down at Baroon Pocket which meant the women could not put their children on the ground. The lagoon, on the other hand, offered a resting place.

The land was once covered with vine scrub and later oranges graced the northern slopes of what is now Western Avenue. There have been cattle roaming the land since the 1890s and even in Ian Russell’s day – there were cattle escapees on the Main Road adventuring into the village.

The waterhole was enlarged in the 1920s and has always been of particular significance for indigenous people, for timber getters who used it for watering bullocks, as a swimming hole for local children, for irrigation, for fire-fighting and flushing public toilets in the village. (taken from the Hinterland times in 2014)

Since 21 January 1999, the 17 acres of land acquired by Council from Ian and Jenny Russell which lies between Main Road and The Rangers has seen many community events including outdoor performances by musical groups and bands, historic displays, recitals, choirs, entertainers, guest speakers – all making use of the outdoor stage.

This green space with its plantings of natives, its headwaters of the Obi, Henry’s Lagoon, picnic and barbecue facilities, toilets, playground, cultural Poet’s Trail, offers something for everyone.

Over the years there have been kite-flying competitions, Easter Egg Hunts, fundraising barbecue breakfasts.

The Russell Family Park Bush Care Group commenced in January 2008 to revegetate the western and northern areas of Russell Family Park and was formally inducted by Council in April 2008. The Group is following a Master Plan released in June 2001 where they aim to add to the site’s existing attractions by removing invasive weed species such as Camphor Laurel, Privets and Chinese Celtis and including more of the rainforest vegetation for which the area is famous. This in turn provides better habitat, attracting more native birds, animals and butterflies to the Park and adds to the richness of the experience of locals and visitors.

The proposed Rainforest Walk at the northern end of the site will provide visitors with the opportunity to appreciate some of the diversity of local rainforest fauna and flora, including endangered species reintroduced to this part of the Park. The intermittent creek provides an opportunity to develop frog-breeding habitat. Information signage, including botanical identification labels on the plants, will give insights into relationships between the plants and animals of the rainforest and how they were used by Aboriginal peoples when they inhabited the area. The new rainforest will potentially be a valuable educational asset for local school groups.

The group’s coordinators and founding members, Eric Anderson, Diana O’Connor and Alan Felmingham, work four times each month to carry out the revegetation work and maintain the site. Other members of the Group vary from one to ten. However, over the years a number of community tree planting days have been held when over 50 local community members have participated. In four of the years, Montville Primary School pupils have planted trees for the Schools’ National Tree Day.

The Group works under the auspices of the Montville Village Association and is now a subcommittee of that body. It has received active support from Councillor Jenny McKay, Barung Landcare and the Maleny and Hinterland Lions. Also friendly guidance and support has been provided by Council’s Community Nature Conservation Officers.

At the start of the project the site contained 42 native species and 66 introduced, mostly weed, species. The number of weed species has been significantly reduced while the revegetation work has boosted the native species present to 188.

Over the last 10 years this has been achieved by the planting of 3,500 trees and a lot of weeding. To date nearly 7,000 hours of voluntary work have been contributed to the site and is ongoing. If anyone wants to assist they will find us at the Park between 7.30 am and 9 am on the 1st and 3rd Sundays and 2nd and 4th Tuesdays 0f the month.

And think about how you might be able to use the park to help make the most of its wonderful setting. 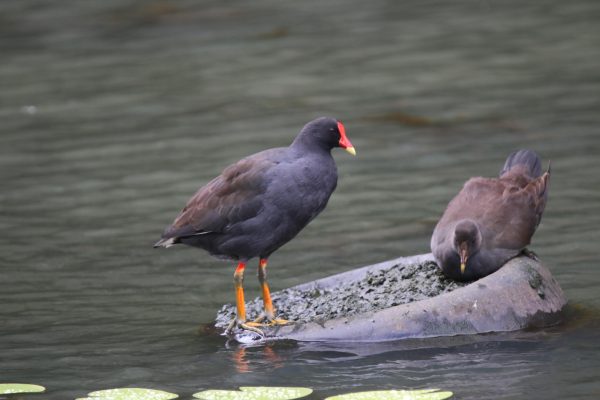