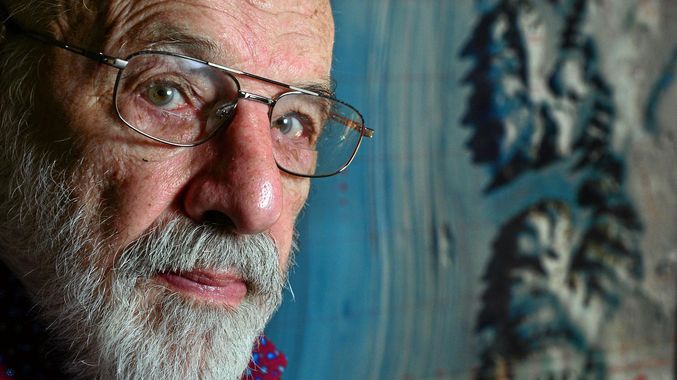 For those readers of Montville Happenings, by whom the following content may have slipped: on 11 June 2018, one Syd Kirkby of our nearby neighbour, Flaxton, was listed on the Queen’s Birthday Honours List, with the awarding of the rank of Officer of the Order of Australia (AO) for distinguished service to surveying, particularly in the Antarctic, to polar exploration, research and mapping expeditions, and to professional scientific societies.

So much has already been written or reported about this Sydney Lorrimar Kirkby, that this writer will not attempt to add to or duplicate, save to acknowledge his feats and perhaps give cause for some readers to find out more for themselves about a modest man who remains remarkable through what he did, first and above all, for the love of the doing what was more than just a job.

This was one of the last of the great explorers, nominated by The Australian newspaper at the turn of this century as one of the ten greatest Australian adventurers of the twentieth century, having explored and mapped more of the Antarctic continent than any other explorer and where many features of the continent have been named after him.

These achievements and recognitions belie the over-riding and sincere modesty of this quiet giant in our midst, who gives more credit to his mentors and faithful sledge dogs than he does himself…a wonderfully entertaining intellect and friend to those fortunate enough to know him. You should be encouraged to explore the many references to be found on the internet or better still, seek out a copy of his biography in ‘Fixing Antarctica – Mapping the Frozen South’ by Dr Lynette Finch.

(There is also a well written and very interesting piece in a 2016 edition of The Hinterland Times which is recommended reading: https://www.hinterlandtimes.com.au/2016/07/06/flaxton-resident-and-prolific-explorer-syd-kirkby/ – Editor)