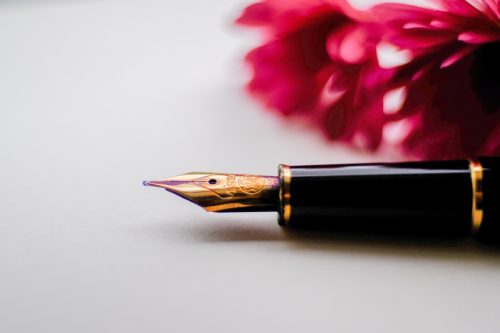 We have some interesting people living in Montville and local surrounds that is for sure. I met Lenore Tonks a couple of years ago not long after I arrived in Montville but we didn’t have a lot to do with each other then. But more recently I have gotten to know her through the Montville History Group because the Group wanted to find out some information about someone on behalf on another someone in the UK who had made contact with them. I knew Lenore was a keen historian and thought she might be able to help. I was correct!

Lenore is a wealth of information about many things, but even more than that she knows where to find what you need. There are so many different places, both online and in buildings, that you can search to find out about people and events and I think Lenore knows them all. She helped the Group enormously and so I thought it would be great to find out more about her.

In her own words:

Lenore was born at St Clair’s Hospital, Shafston Avenue, East Brisbane. Her birth was eagerly awaited, especially by the other patients. For her mother, nicknamed the icecream lady, rang a bell with every contraction – the labour lasted 36 hours!

Lenore was educated at Morningside State School and Balmoral High. She was employed as a bookkeeper for Junior Farmers (Education Queensland) in the glory years (165 clubs) then at aged 20, she married Ron. In 1979 Lenore and Ron moved from Brisbane to farm at Amamoor in the Mary Valley where they lived for nearly 30 years, growing avocadoes and running Belmont Red cattle.

Their five children attended Amamoor State School and Gympie High. Lenore worked as a teacher-aide/Librarian for 19 years at Dagun, a one teacher school, and for the past 16 years has written a weekly column for the Gympie Times – 25/50/100 years ago in Gympie – as well as feature articles on World War One.

A keen history buff, Lenore was once a member of the Richard III Society. She also researched and wrote the Amamoor and Dagun State Schools’ 75th Anniversary Books.

In 2006 Ron and Lenore moved to Montville. Until September 2018 she was secretary of the Mapleton Community Library and a previous area secretary of Neighbourhood Watch. In November 2016, as a soldier’s descendant, she spoke at the Mowbray Park Memorial Centenary in Brisbane which was attended by the Queensland Governor. Her grandfather Lieutenant E.S. Hobson is listed on the Boer War and World War One memorials.

Lenore loves reading, is a member of the Maleny Wordweavers Writer’s group and enjoys gardening. (Ron is a beekeeper! – Ed.)

As an aside and to complete this little tale, Lenore and I often catch up walking on Western Avenue and we have wonderful conversations. Never a dull moment and I always come away having learned something new.