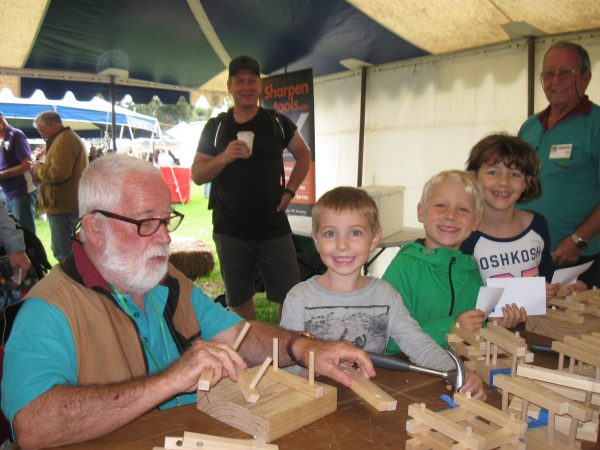 The Blackall Range Woodcrafters Guild Inc. has been fortunate in receiving a grant of $4,475.00 from the Queensland Government Gaming Fund.

The money will be used for the purchase of a new mitre saw and towards improvements and repairs to the Guild’s shed compressor. 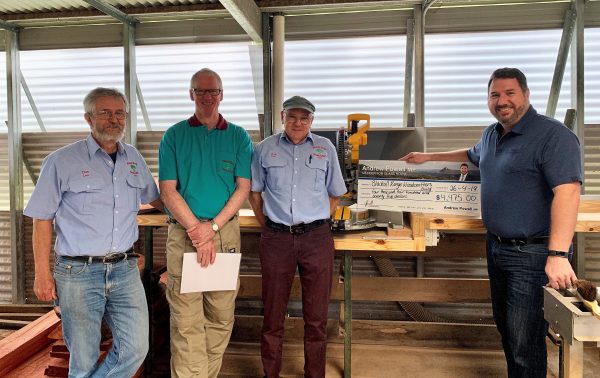 The Guild is very grateful for the donation.

On Tuesday, 2 July the Blackall Range Woodcrafters Guild played host to renowned English wood turner, Chris
Pouncy. Chris is touring and demonstrating as a part of the Robert Sorby 2019 Tour in conjunction with Carbatec.

Chris’s demonstration lasted for 3 hours and was packed with useful information and handy hints. His demonstration included faceplate turning and spindle turning. His class comprised more than thirty woodies men and women, including woodies from other clubs. 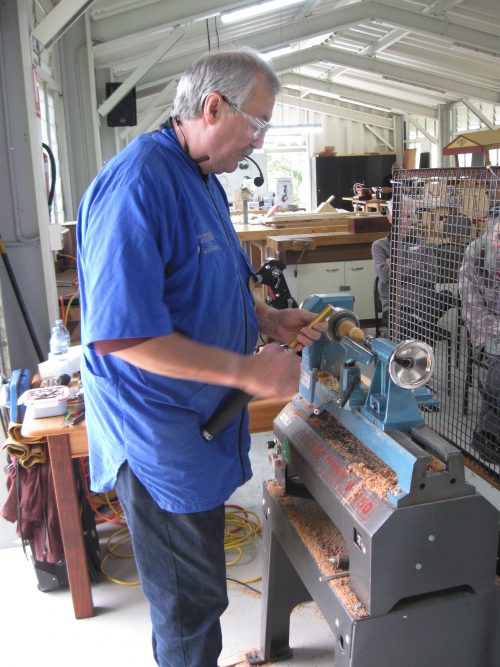 The Blackall Range “Woodies” are gearing up for their annual Wood Expo to be held in the Montville State School’s Main Hall on July 6 from 9am to 4pm and July 7 from 9am to 3pm.

An extensive range of woodcraft will be on show, including wood turning, carving, mechanical marvels (in wood), toys, household gadgets, intarsia and pyrography. Some will be for sale, some for judging and others just for display.
Certainly worth a visit.

As always, the Maleny Wood Expo was hugely successful – every year it gets bigger and better – and the Guild was a central part of this.  Thanks to all for this wonderful tradition.